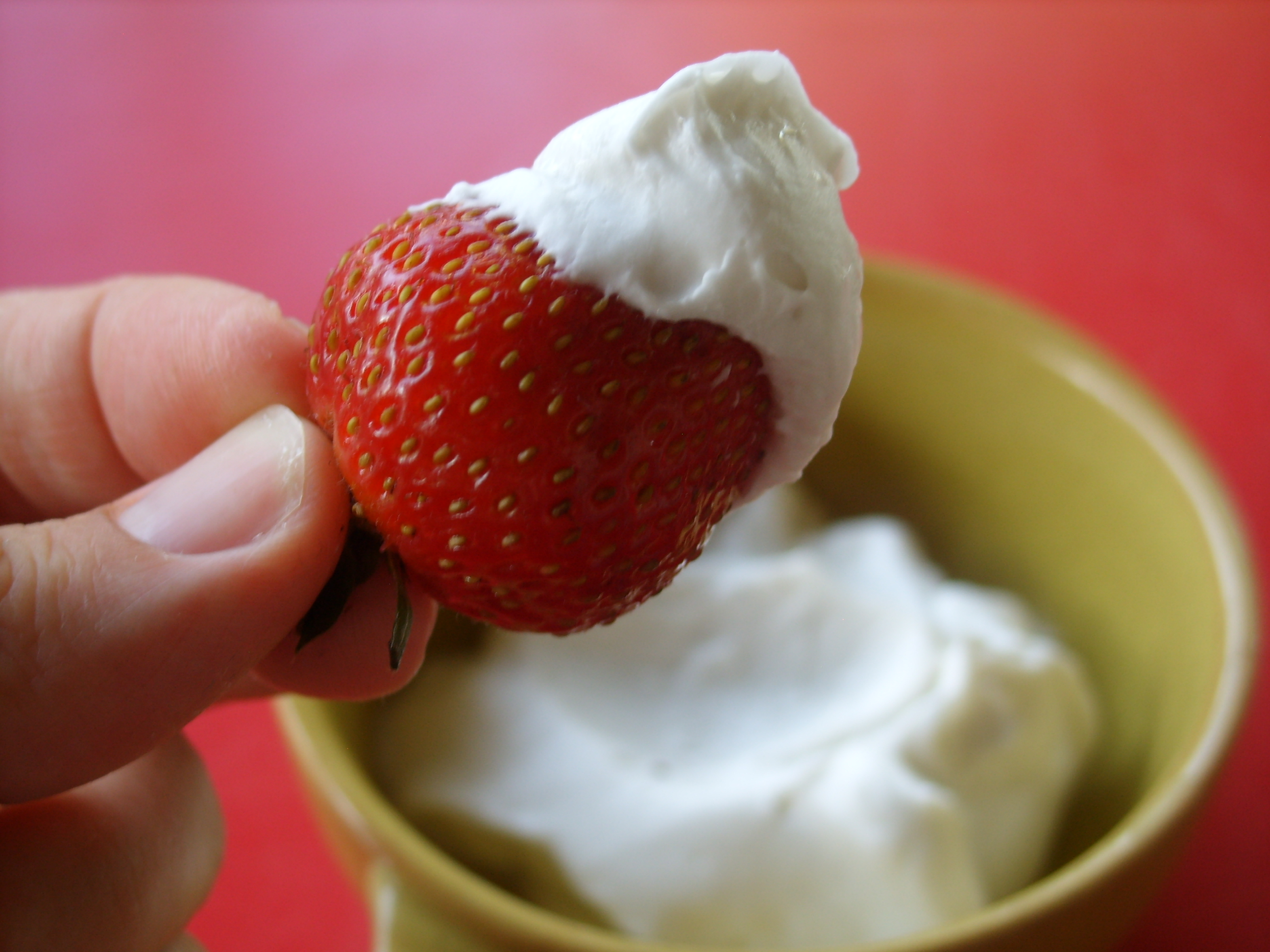 A little while ago I had a dream I made a dairy free, gluten free etc. apple pie and on the top was whipped cream. It occurred to me the next day that maybe I could use coconut cream as whipped cream… It turns out, I was right!! So below are 2 different methods:

The most important thing is to use coconut cream (even if it is canned) that has no additives especially any stabilisers or emulsifiers because if you don’t you could be whipping for a very long time…like over 30 minutes without any change (yes, yes, I did this… hard to believe I used to be a scientist!!).

If you are going to use your whipped cream on the day and it is a bit of a last minute decision then the following method applies:

I’ve found when I’ve made the cream this way that it tends to go rock solid the next day, so if you’re making the cream in advance, I’d recommend going with method 2, although it does seem to look whiter and fluffier this way so it looks “nicer” (what ever you do – just try it first before you serve it for a special occasion!!:-)

Whipped coconut cream Method 2 – using it over the next day or so.

So you’ve made your apple cherry crumble (the recipe is in the free ebook when you sign up to join the newsletter – below) and you don’t want to eat it all in one night, (or your whipped cream for that matter;-), this is when I suggest this method.

Let me know what you think!:-)